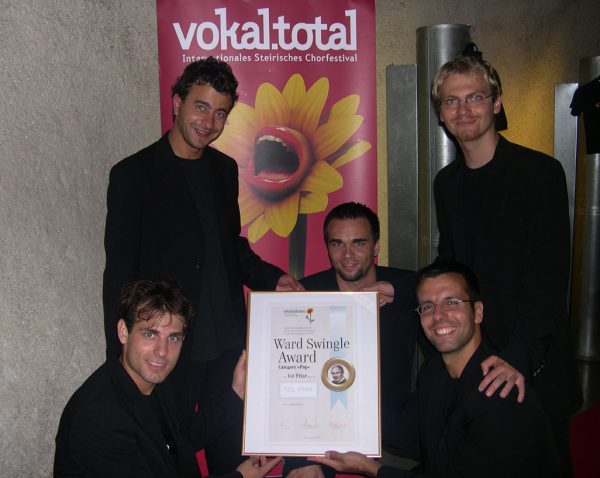 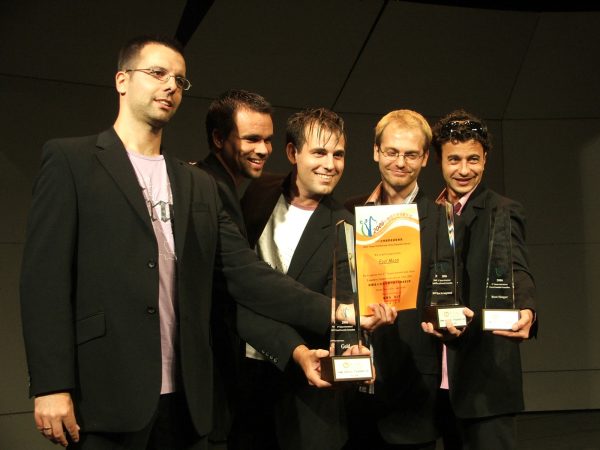 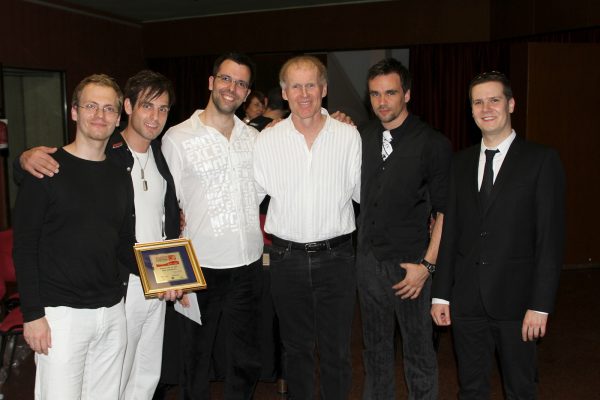 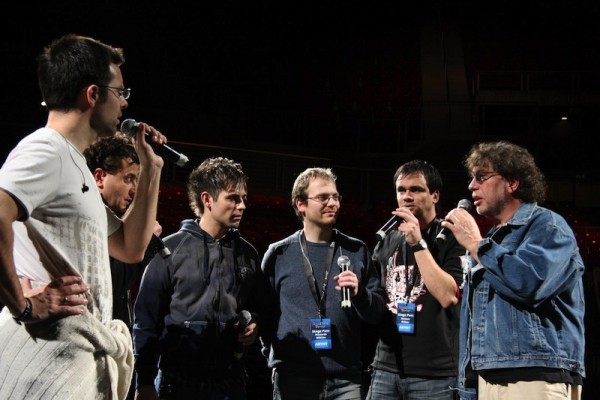 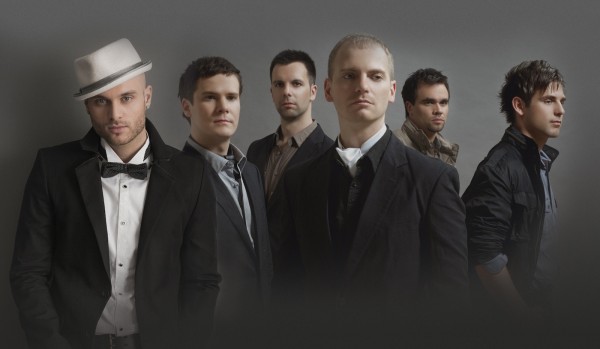 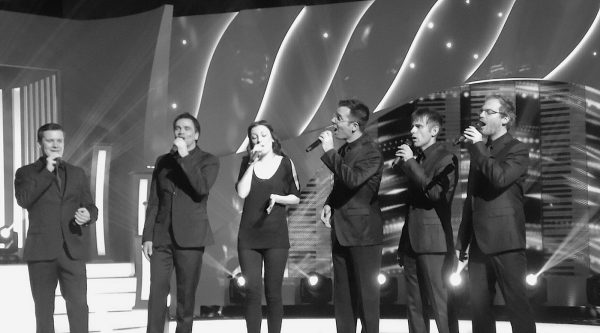 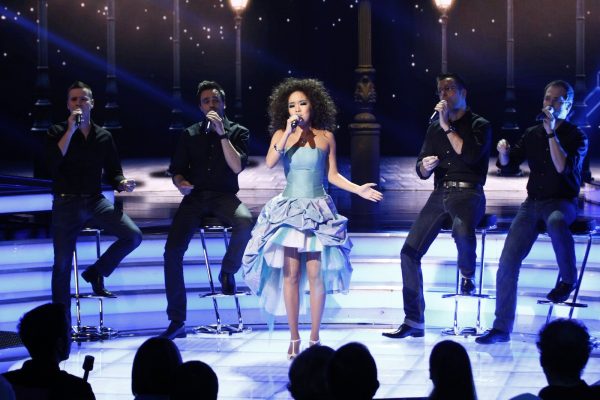 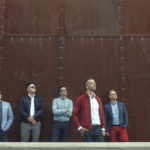 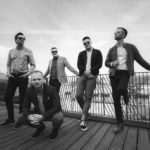 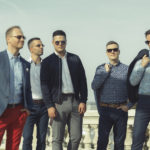 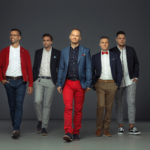 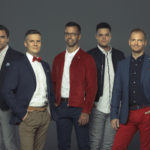 Hungary’s No. 1, internationally acclaimed pop acappella group, Fool Moon has an over 17-year history of advocating pop-acappella music – performing pop songs without instruments – in Hungary, which has now resulted in an unprecedented popularity of pop acappella with the Hungarian public. Their witty and enterntaining, yet skillful and sophisticated style appeal to the general public as well as to musically trained audiences. Through their TV appearances and their out-of-the-ordinary music lessons and master classes, Fool Moon has brought acappella music to the centre of attention and has fuelled the foundation of a considerable number of acappella groups.
Fool Moon has so far released 6 albums and has been awarded 9 international and Hungarian awards and prizes, and the band has collaborated with many of the most prestigious artists of the Hungarian music scene.
It was also Fool Moon who composed the first original Hungarian pop-acappella hit played across many radio stations nationwide, titled Kettesben jó. The song was commissioned for a Hungarian youth film titled Sherlock Holmes nevében and was played during the film’s end credits in cinemas in Hungary and abroad.
Fool Moon also pioneered as the first acappella group to enter A Dal, the Hungarian round of the Eurovision Song Contest, where they came in second with their song It Can’t Be Over, which placed the band as well as pop acappella in the spotlight in Hungary.
In December 2016, Fool Moon celebrated 15 years of acappella music making with a grand concert in Budapest.

Fool Moon released their debut album titled Stars (Warner-Magneoton, 2003) featuring their own five part a’cappella arrangements of Hungarian pop hits. Apart from Hungarian songs, the repertoire of Fool Moon includes songs in French, Italian – even Bantu – and a good number of pieces in English: a’cappella versions of songs from artists like Sting, Eric Clapton and Paul Simon. Many of these songs are featured on their 2005 album Merry Christmas and Acappelland (MDB Records, 2008).
In 2008, their joint project with Kriszta Kovács titled Arany-óra was a powerful attempt to press the limits of performing Hungarian literature acappella. In 2012, Fool Moon returned to pop music releasing their album GeorgeMichaelJackson5, a collection of their personal favorites of songs from George Michael, Michael Jackson and The Jackson 5.
In December 2012 they went on an advent tour with Takács Nikolas, and the album Music & Soul, which captured the songs performed in this tour, peaked Hungarian pop charts.
In 2015 the band released a new album, titled Kettesben jó featuring ‘duets’ with top Hungarian singers.

In 2005, the band received first prize in pop category at the Ward Swingle A Cappella Contest in Graz, one of the most prestigious European contests, which placed Fool Moon among the top a cappella groups in Europe.
In 2006, at the 6th Taiwan International Acappella Contest the group earned another first place as well as two special prizes, and in 2010, at the italian Solevoci International Acappella Contest, they were awarded the prize for best arrangement for their folk song medley titled Szerelem, szerelem….
Featured on their album Acappelland, this medley also received a nomination for CARA award in the category of folk/world music in a truly distinguished collection of competing songs from groups like King’s Singers, Neri per Caso or Take6.
In 2013, the Fool Moon album in collaboration with Takács Nikolas titled Music & Soul received a Fonogram Prize nomination.
In 2014 they earned second place in A Dal, the Hungarian round of the Eurovision Song Contest.
In 2015, the band received their second CARA nomination, this time in the category of Best Humor Song, with their song Hello.tourist! from Kettesben jó.
In 2015, the band was was awarded the Kölcsey-érem (Kölcsey Medal) by the Cultural Committee of the Local Government of Szeged for their contribution to the cultural life of Szeged. Fool Moon also received the Best of Budapest prize.
In 2017 and 2018 they brought home the first prize from the 1st and 2nd Moscow Spring Acappella Festival and Contest featuring 180 vocal groups.

Fool Moon regularly sings at a number of international festivals, in which they have shared the stage with many stars of the international acappella scene (The Swingles, Rock4, Acappella ExpreSSS, Vocal Sampling, Idea of North).
Throughout the past 17 years Fool Moon has performed in 15 countries including Taiwan, Japan, China, Korea, Singapore, Russia, Spain, Italy, Germany and the Netherlands.

With the aim of increasing the popularity of acappella music, in 2005 Fool Moon launched the one and only acappella event in Hungary, the Fool Moon International Acappella Festival in their home town of Szeged. Inviting vocalists and groups they have met during their performances throughout Europe and beyond, the band has continued to organize this unique festival each Autumn with ever increasing popularity and success.

Since 2002, Fool Moon has given over 300 lectures on the history of acappella singing throughout Hungary, organized by the Hungarian Philharmonic Society for 6 to 18 year-old students.