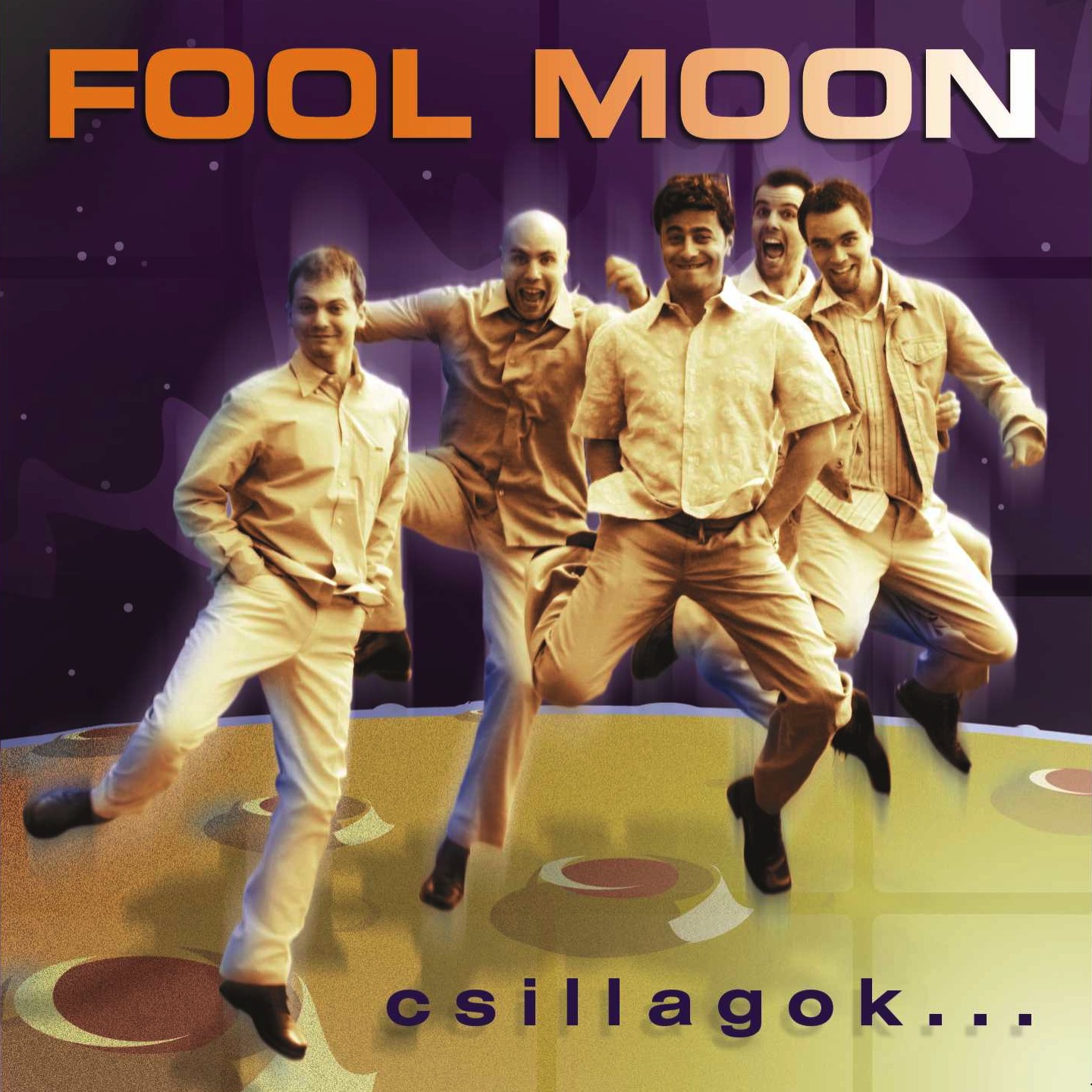 Fool Moon performs on more and more concerts and TV shows. Music producer SzabóZé encourages Fool Moon to record a Hungarian CD at Warner/Magneoton as a publisher with the title “Stars…”. The Dream&Beauty agency begins to manage the band and introduces them on several important and serious gala and sports events. Fool Moon becomes friends with the band Bon-Bon, who are inviting them to their 8th anniversary concert. For the first time they volunteer to get in the ring at the international Ward Swingle Acappella competition in Graz. They win 3rd prize in pop category and get new fans and friends in international acappella scene (Velvet Voices, Triu, Rock4, Acappella ExpreSSS). In autumn they perform for the first time on abroad – on Voice Mania in Wien with Velvet Voices. At the end of the year SzabóZé and Bölcskey Mike makes Fool Moon’s first video clip from their cover of Páratlan páros.