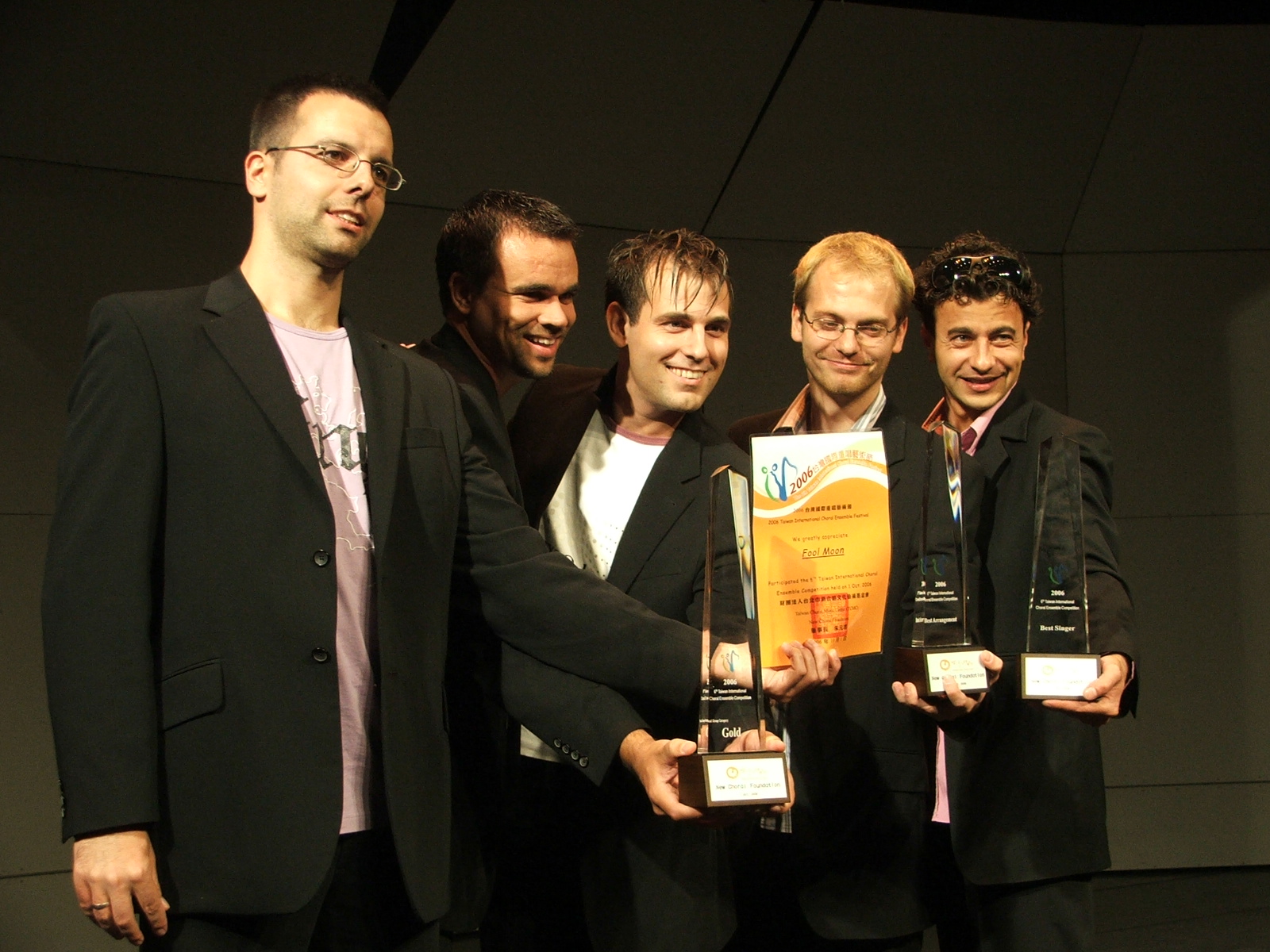 Fool Moon holds it’s first independent concert in May in Budapest at the Stefánia Palace, guests are Zséda and Bon-Bon. They are invited to Miss Hungary to sing as an elegant, Italian style number, in summer they invite Caramel to the Musical Court. At the beginning of October Fool Moon flyes to the I. Taiwan Acappella Competition and Festival where they win the first prize in pop category, and 2 prizes for best solo and best arrangement. Their 5th anniversary CD is released in Taiwan by the name of “5election” which is the first version of thier Acappelland CD. They perform live in Taipei, Taichung, Kaohshiong. On the II. FMIAF Fool Moon hosts Banchieri Singers (HU), Carl Pannuzzo (AU) and Triu (AT), and Rock 4 (NL).