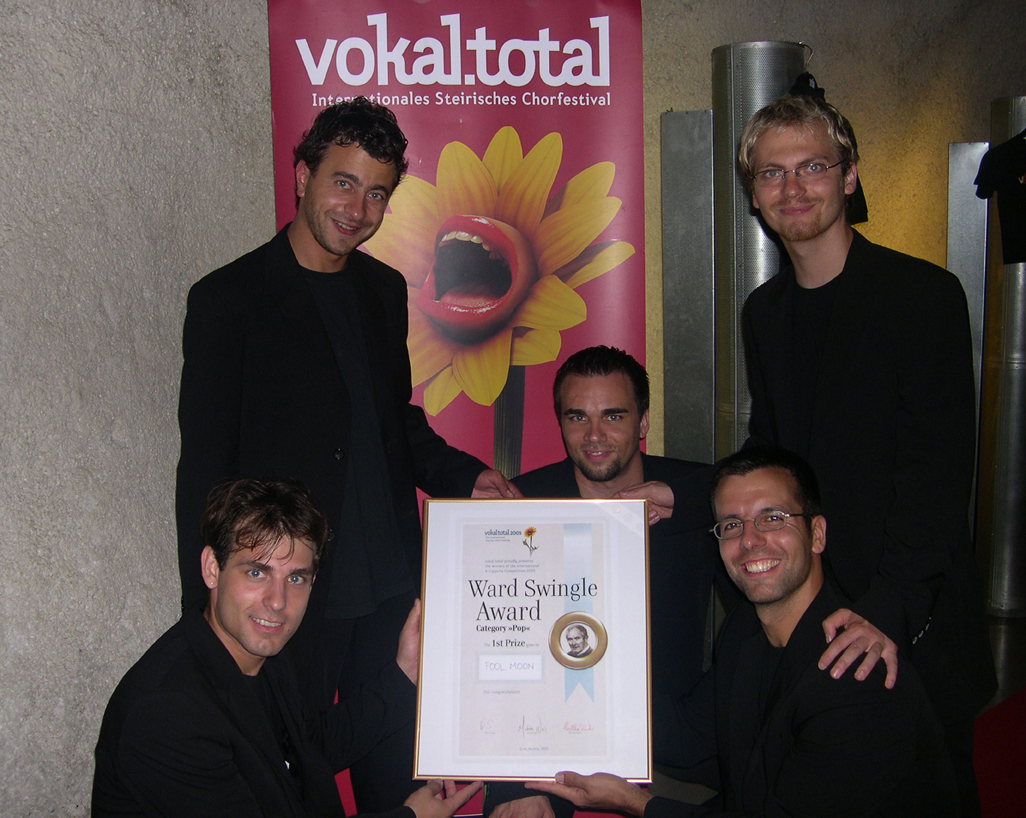 In Budapest they perform prior to Presser Gábor then on the 10th anniversary of Bon-Bon as vocals and guests. This concert is published on a double DVD and CD. In summer they have the opportunity to sing prior to Neoton Familia in front of  15.000 people in Nepstadion. They invite Zséda as a guest to their Musical Court concert. They enter the Ward Swingle Acappella Competition for the third time where they win the first prize of pop category. The jury also likes their “Love, love” folk song interpretation. Because of their success they are invited to Munich and other festivals.
In September they organize their first “Fool Moon” International Acappella Festival, their guests are Szolnoki Péter from Bon-Bon, the Velvet Voices (AT), Art Of Mouth (DE) and the Unicum Laude from Pécs. Fool Moon collaborates on Zséda’s “Ünnep” CD in Szürke patás and Volt és lesz and performs on the singer’s Chrismtas concert in BKK.