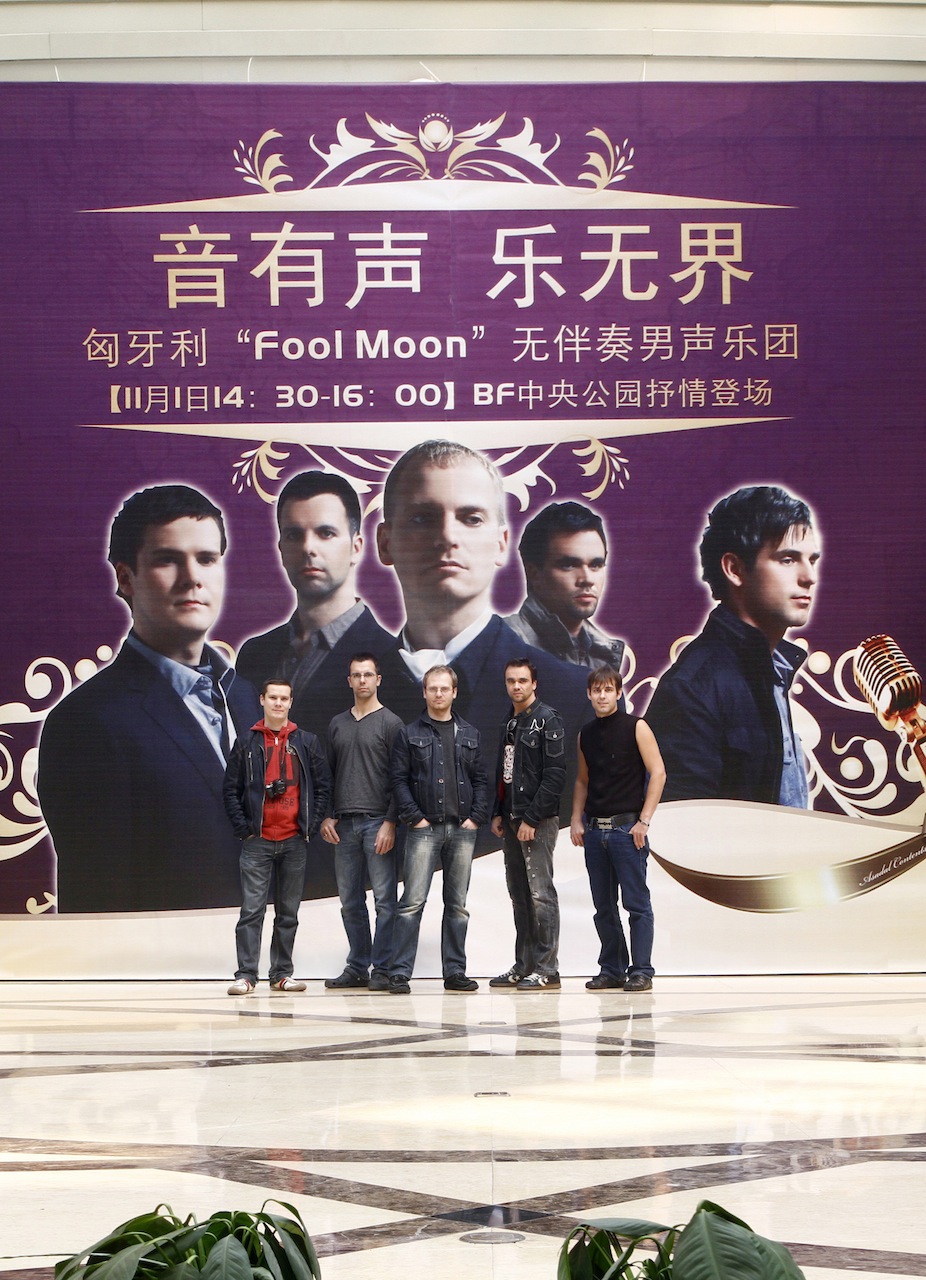 At the beginning of the year the Dance Song Festival Differently continues where the band sings Várj, míg felkel majd a nap with Andrea Malek with great success. In April they sing two songs at the Artisjus Award ceremony. After preparing with Péter Novák they take part in the Solevoci International Acappella Competition in Varese where they win 2nd place and the special prize for the best arrangement. Fool Moon tours in Austria and Slovenia, Switzerland and Germany for a month then give a joint concert with Edina Szirtes “Mókus” in Szeged and perform at the 15th anniversary concert of Bon-Bon. After the 6th “Fool Moon” International Acappella Festival, they travel to a 1-month tour of the Far East.
They give concerts and workshops in Taiwan, perform in Singapore, Japan. In Shanghai the radio and TV broadcast their concert to the households of more than 20 million people followed by a number of concerts in Shanghai and South Korea. During the tour their album “10 Years” is released in Taiwan, featuring the best songs from Acappelland as well as 5 completed songs from the next GeorgeMichaelJackson5 album. After returning home they take part in Adrienn Szekeres’ Advent tour.