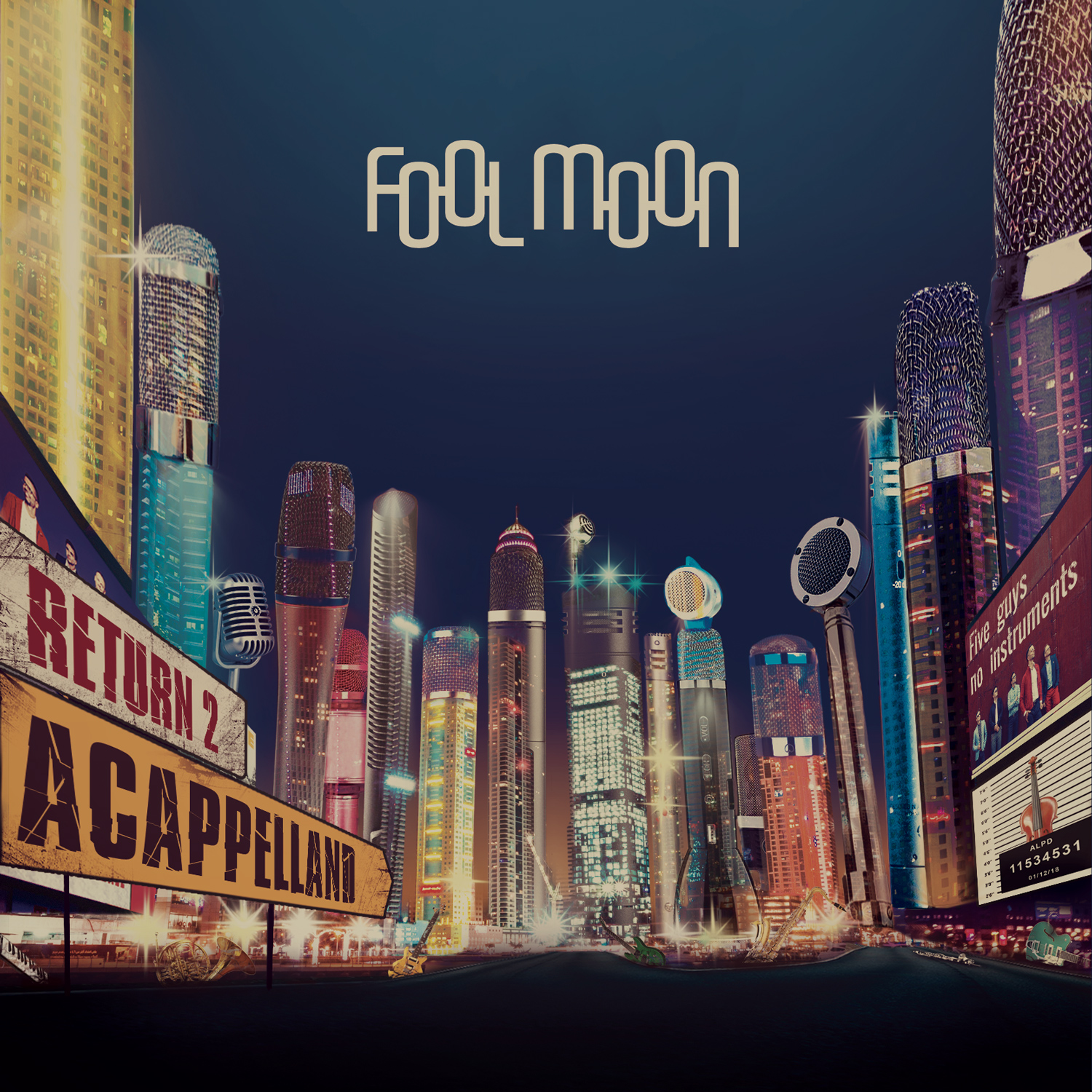 Thanks to Philharmonic Society of Hungary they spend several weeks in Békéscsaba, Gyöngyös, Kecskemét, Miskolc, Pécs, as well as in and around Szeged. In February-March they travel on a joint tour to Germany with the band Viva Voce. They are invited to the II. Moscow Spring Acappella Festival and Competition, where Fool Moon again takes 1st place in the pop category. In June in the finale of Miss World Hungary Fool Moon performs together with Nika Veress and Edina Szirtes the arrangement of Hungarian folksong – Under The Mountains of Csitár. In August the ensemble Singer Street is hosted on the stage of the Musical Court in Szeged. Fool Moon’s independent acoustic concert is recorded by Petőfi Akusztik on the A38. French Opus Jam and Bolyki Brothers are invited to the 14th Fool Moon Acappella Festival, followed by a TV Show performance. At the end of the year their latest album Return 2 Acappelland is presented at Müpa.